Hoad on the Road 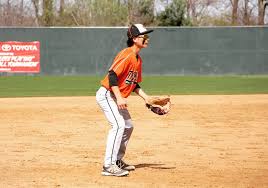 On November 18, 2018, Billy Hoad announced his official commitment to play baseball at Wilson College (D3) in Chambersburg, Pennsylvania. Hoad, in his junior year at Brentsville, was awarded with first team all-conference and second team all-region while helping the Tigers win regionals and reach the state semi-finals.

Hoad loves Wilson’s small classes and close-knit community. “My favorite part of Wilson besides the baseball, has to be the be the small amount of students,” said Hoad. “It reminds me of Brentsville.” For Hoad, it was an obvious choice to go to Wilson. He was adamant that “it’s a perfect school for me.”

Without influence from Mason Posey, Hoad might not have not played college baseball. “When I watched Mason commit and work so hard to play college baseball, I was inspired to try and continue my baseball career after Brentsville,” Hoad stated.

Hoad played baseball and worked out through the summer. Standing at only 5’8 and weighing 130 pounds, Hoad is undersized for a collegiate athlete. For what he lacks in size, he makes up for in talent and competitiveness. “I expect to play all four years at Wilson,” replied Hoad.

As Hoad finishes his high school baseball career at Brentsville, he hopes to accomplish one more thing. “Hopefully, I can leave them (Brentsville High School) with a state championship,” Hoad proclaimed.