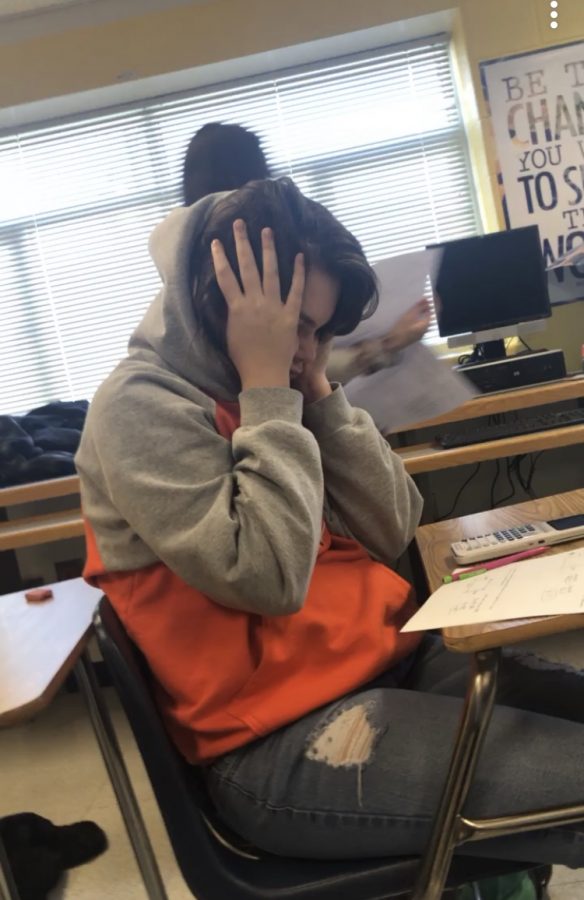 Regan Stachelski: STressed after attempting to write the word and failing.

Did you know, the longest word in the English language has 189,819 letters? It is the technical name of a protein. The name lists its entire amino acid sequence. Pronouncing the word out loud would take about three and a half hours. While trying to write the word out, I misspelled it so I had to start over. I should have it to you by June!