An Eye for Art 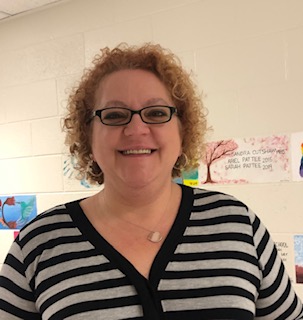 Cheryl Miehl grew up in Canton, Ohio where she attended Timken High School. In high school, she was part of the commercial art club.

After graduating, she attended Kent State University and majored in art education. After two years, she moved to Harrisburg, Pennsylvania. She gained an undergraduate degree in art. While attending Millersville, she worked at the credit bureau.

She began her teaching career in the West Shore school District outside Harrisburg. She taught 2 years at an elementary school before moving to Cedar Cliff High School where they taught for another 2 years.

During the summer of 2004, she taught Conversational English in Romania for 6 weeks.
She came to Brentsville in 2004.

Now you know “A Little Bit” about Cheryl Miehl.