Stereotypes in Gender. Is There a Problem? 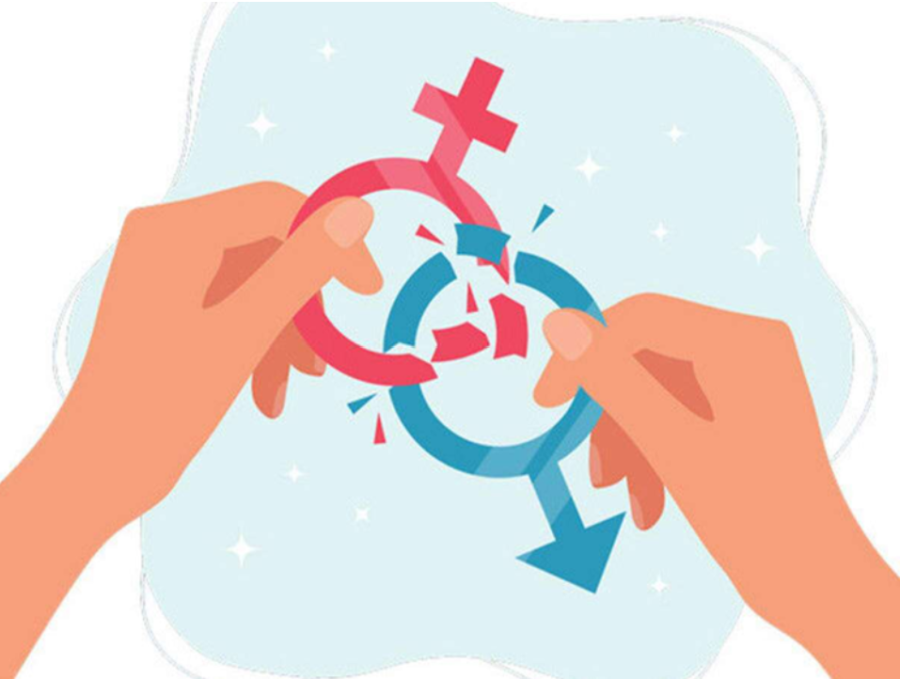 This represents someone breaking the gender stereotypes by breaking apart the female and male signs.

Ever wondered why a man might get made fun of for doing something “girly” but if a woman does the same thing, she gets praised? These are the gender stereotypes that we see daily. Men have been taught since an early age to be strong, courageous, and a leader. They may not have learned it at home, but every man is exposed to it in some way. Where did this idea come from? It all starts from when the idea of a perfect family was first made.

Back in the day, men were expected to be the strong leaders of the household and deal with any tough situations. The women were expected to cook and clean; to not be the tough one. When boys are taught while they are growing up to be so “tough”, it makes them feel like if they show emotion, they will not be considered “manly.” Girls being taught that they cannot do strong and tough things teaches them that their “strength” really is not worth anything. These situations have led to gender stereotypes that our world has been fighting to change massively in the past 20 years.

The terms “masculine” and “feminine” are normally sorted with men for masculine and women for feminine. As the world has grown, there have been less and less stereotypes when it comes to these terms. In recent poll results from Brentsville students, 80 percent of participants thought that women can be masculine. Back in the day, women could not wear anything besides skirts or dresses because it was not considered “lady like.” As these stereotypes have changed, clothing has become increasingly neutral. In 2020, Harry Styles tested the gender norms by wearing a dress on the cover of Vogue Magazine. This caused some controversy because some did not consider it “manly.” “There is no society that can survive without strong men,” right-wing pundit Candace Owens tweeted” (Bazaar, Paragraph 3.)  The debate was, does being a “strong man” have anything to do with the clothes on your body? A strong man is one who is brave enough to put that dress on in the first place; their strength is not based on the clothes they are wearing.

The idea of gender roles has changed in the world as there has been a realization of how damaging forcing a certain stereotype can be. Women do not have to wear a dress and men do not have to wear a baseball cap. Women can wear clothes that are considered more masculine, and men can wear clothes that are considered more feminine. It will never change who that person really is. In recent poll results from Brentsville students, 76 percent of participants thought that gender roles have changed in the past 20 years. This proves that because of the toxic gender roles put on people, the world has really changed the meanings of “feminine” and masculine.” Research says that “Even the way we talk about gender roles is changing. It makes sense to use gender neutral terms to refer to professions practiced by both men and women (DW, Paragraph 2.) This proves that gender stereotypes have changed everywhere, including the workforce.

In conclusion, gender roles changing in the world today is overall a good thing. Gender roles caused toxic mental health conditions for both boys and girls and something needed to be done. As the recent poll results show that students agree that gender roles really are changing in the world. Women do not need to have “girly” attributes and men don’t need to have “manly” attributes. Gender stereotypes are a real thing, but as the polls prove, they are changing for the better.